Beranda » Android » Games » How to Get Grenades in PUBG Mobile. 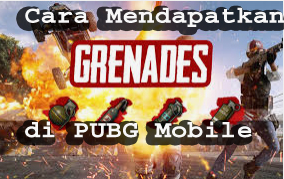 In PUBG Mobile, there is a Training mode for all players to join and test whatever they want in PUBG Mobile without dying. All weapons, attachments, ammunition, vehicles are available in this mode with an unlimited number, allowing you to practice your skills constantly or just have fun. 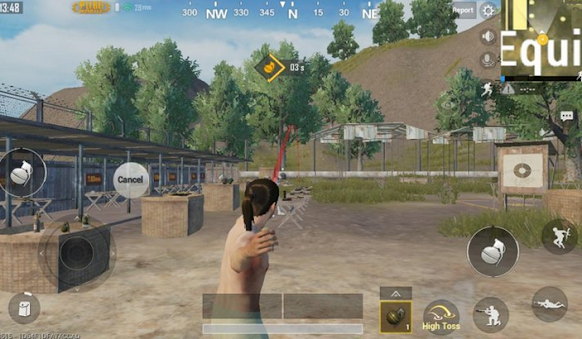 You can do anything in training mode in PUBG Mobile

Where to Find Grenades In PUBG Mobile Training?

When entering the mode, you can easily see all kinds of weapons, attachments, items around you on the racket. The table in front of you will have ammo of all types and scopes. On the right side, you'll find all kinds of Backpacks, Attachments, and weapons. There is a large area to your right where you can find all kinds of vehicles, including a lake with a boat. 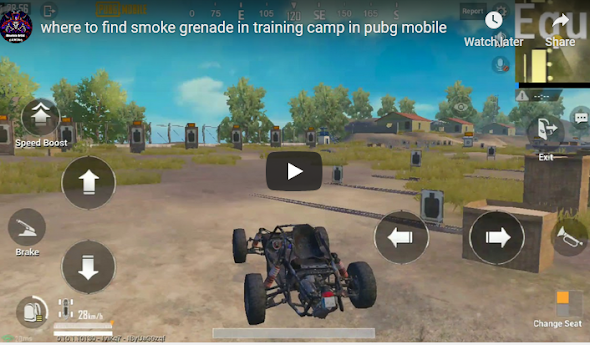 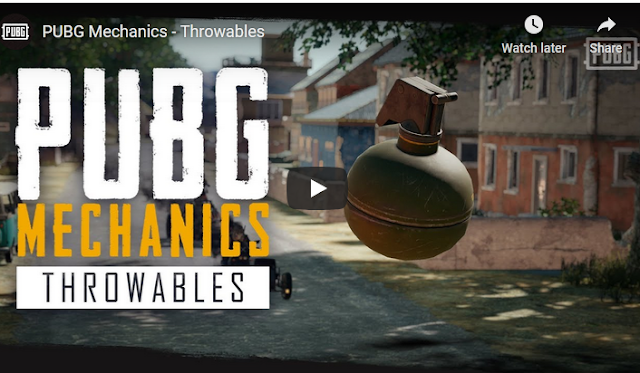 Mekanika PUBG - Dapat dilempar
There are a total of 4 types of grenades in PUBG Mobile. Here's a quick overview of what each grenade type does in PUBG Mobile:
1.Frag Grenade: Frag Grenade explodes and deals massive damage to all players within a radius of several meters. This is the best weapon when you want to push enemies into buildings. They would be forced to stay away or die. It's also a useful tool for taking down fallen players. Frag Grenade explodes after 5 seconds. 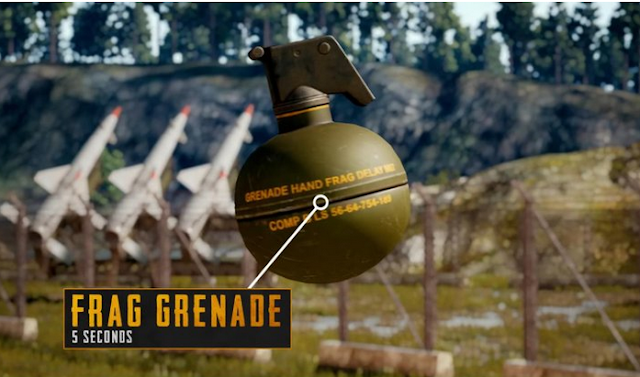 Frag Grenade will explode after 5 seconds
2.Smoke Grenade: Smoke Grenade creates a large smoke cloud that lasts for 1 minute and prevents players from seeing through. This is a must-have item in Squad mode because of its great utility. You can use it to save your team, escape, flank, enter the circle, ... The Smoke Grenade starts releasing smoke after 3 seconds. 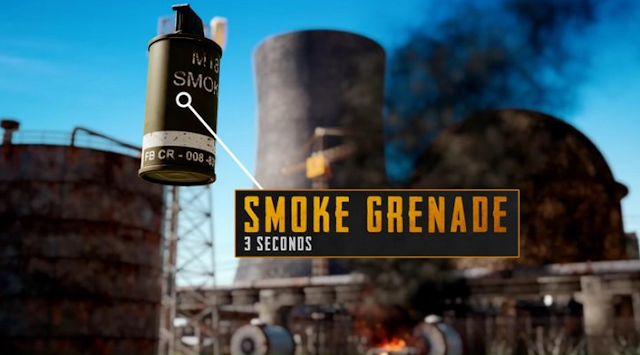 Smoke Grenade starts emitting smoke after 3 seconds.
3.Molotovs: Molotovs explode on impact and spread fire that deals damage over time to players in an area. Even though Molotov wasn't as good as Frag Grenade, he still had the same goal of forcing other players away or die.
4.Stun Grenade: Stun Grenade can disable the player's sight and hearing ability for a short time. This is the least useful grenade of all but can still be useful when you are fighting inside buildings and you know where the enemy is.

When you are about to throw a grenade, the game will show you its trajectory. You can use this trajectory to accurately throw grenades into windows, small gaps at close range. When the target is some distance away, you will want to aim slightly upward depending on the distance to hit it.
To throw the grenade further, you can jump and then throw at the top of your jump. The angle of your grenade is also very important. To throw the farthest you need to throw at a 45-degree angle. The best way to practice throwing grenades is to try throwing grenades in PUBG Mobile practice mode at different distances and places to gain more experience. 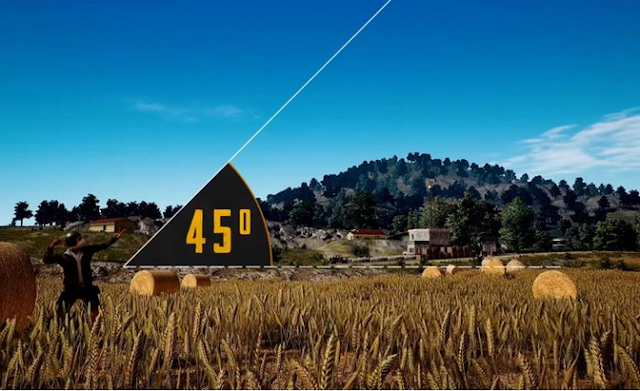 45 degrees will allow you to throw a grenade the farthest.

1.You can cook the Frag Grenade for a few seconds before throwing it so the enemy can't react and run away, but don't cook it too long.
2.Frag Grenades can bounce off walls and objects so you can use this fact to your advantage.
3.Molotovs can be tossed through wooden doors and will spread larger across wooden floors.
4.Anda dapat menembak Molotov terbang untuk meledakkannya di udara..
5. If the enemy is near you, you can change the throw down to throw it gently.
Read also: Daftar Senjata Terbaik di Season 8 PUBG Mobile.
That was the tutorial for the list of the best weapons in Season 8 of PUBG Mobile.
Hopefully it's useful, right? Thank you. If it's useful for you, please help by clicking on the ad, okay?

0 Komentar untuk "How to Get Grenades in PUBG Mobile."