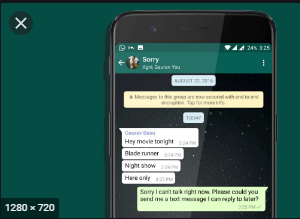 Here's an easy way to video call up to 50 people on WhatsApp Web by using Messenger Rooms:
1. We have to make sure WhatsApp Web is using the latest version.
2. Select friends or groups to invite the video call. Open the chat.
3. Click the clip icon at the top right of WhatsApp Web.
4. Select the camera image or Room at the bottom click and you will be redirected to Messenger. But  you       have to log into your Facebook account.
5. Next, there will be a special link to be copied in order to invite other users who when clicked will immediately join the video messenger.
Previously, a WhatsApp spokesperson said this video call was different from Zoom or Google Meet which scheduled a meeting at a certain time. Messenger Rooms are like rooms where friends can stop by and chat when they have time. Similar to a lounge rather than a meeting room, as quoted from TechRadar, Monday (24/8/2020).
Messenger Rooms Manager Tiffany Dohzen said they made sure Messenger Rooms conversations would be very safe to use. Rooms Creators can lock conversation rooms, remove wrong users from Rooms, and if that person has been blocked on Facebook they will not be able to join Rooms.
"We've also added a lot of collaborative features, cool effects to the mobile app, and new ones like lighting and backgrounds. The backgrounds are really cool. Some are animated, you can move them around," he said.