Beranda » Android » Samsung » Tutorial » What is NFC on Samsung

What is NFC on Samsung

What is NFC on Samsung.NFC Function that Man.y People Don't Know
NFC (Near-field communication) is increasingly popular among gadget users. This NFC application is also often displayed in various advertisements but unfortunately many users still do not know how to use the application to its full potential. Let's look at the charm of this technology. 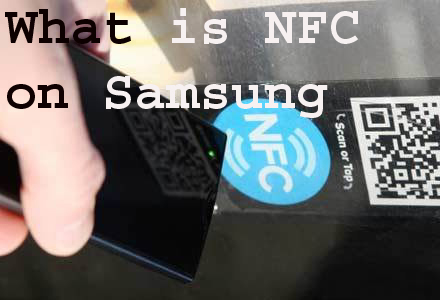 What can NFC do?

According to the official statement from ZTE, NFC is a standard feature found on some smartphones. NFC allows smartphones to be connected easily with other devices that are compatible with NFC or can do work with NFC tags.

NFC tag is a link to start a feature using NFC. Programmable NFC tags allow users to control various functions on their mobile automatically, with just one tap.

By using NFC tags, users can carry out several activities, such as adjusting the alarm on a smartphone, entering into certain application models, activating bluetooth or WiFi, adjusting the ringtone volume, and adjusting the screen brightness, without the need to turn on the phone or touch the menu display.

In addition, we can also call our sweetheart just by tapping the NFC tag attached to the girlfriend's photo displayed on the work desk.

Tell the Position of a Place

When NFC was first launched, the most common application was 'check-in'. Users can check-in with LBS (Location Based Service) just by tapping the NFC tag that has been inserted in the store. Within the scope of business, we can also use NFC to scan tags that provide map information for the store's location.

In addition to carrying out some of the functions mentioned above, we can program the tag to carry out complex work. For example if you want to send a 'good morning' message to friends, you don't need to type the message manually. We can program a tag and we can immediately send the message just by tapping the phone on the tag.

The most useful NFC function is NFC Payment. Users can make payments just by tapping their smartphone to the transaction device, without using cash or credit cards.

Examples of NFC use:

1. At the Australian cinema, you can buy snacks using NFC. If you feel hungry, remove your smartphone, open the application to order food, tap your smartphone on the armrest to place an order, and food will be delivered to your table.

2. Elecom launches NFC Phone Keypad, which is said to be more convenient than Bluetooth pairing.

3. To open the door using NFC, you only need to wave the cellphone at the door. After permission is received, the door will open automatically.

4. You can also use NFC to exchange files. Android Beam uses NFC to enable bluetooth pairing and send data to from one cellphone to another. However, this can only be used on devices that have the Android 4.0 operating system or above.

To perform the NFC function, it needs an NFC tag device and a smartphone that has been equipped with NFC. With special applications on mobile phones, we do not need to exchange or provide our identification in the form of business cards, as we usually do now.

In essence, as a new way to exchange information, NFC has a number of practical and fun application functions. Although the NFC function has not been fully implemented in Indonesia, its rapid development can be a revolution in human interaction with machines.

That was the tutorial What is NFC on Samsung.


Hopefully useful,thanks.Don't forget to click on the ad too.

0 Komentar untuk "What is NFC on Samsung"