How to Tell If Someone Blocked You on Facebook

How to Tell If Someone Blocked You on Facebook.A young man wearing a blue t-shirt being sad about getting blocked on the Facebook mobile app
Ismailcydem/iStock/Getty Images Plus 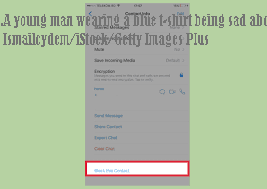 Being blocked by a friend on Facebook can be a frustrating experience and can come as a surprise to many due to the fact that the social network doesn't tell you when it happens.

There are four common signs to look out for if you think you've been blocked by someone on Facebook.

Here's how to check thoroughly for evidence of being blocked.

How to Find a Friend's Posts in Your Facebook Feed

Many people first begin to suspect that they've been blocked by a friend on Facebook when they realize that they haven't seen their posts in their feed for a while. It's important not to jump to conclusions when this happens though as posts can often be hidden from you by Facebook's algorithm which is notorious for showing you content from some accounts over others. You may also have been placed on a restricted list. Here's how to make sure whether the algorithm or a block is responsible for missing posts.

1. On the Facebook website or app, click on the search bar at the top of the screen and type in your         friend's name. If you haven't logged in yet, make sure you do that first.
2. When their name appears in the search results, click on it.
3 You should now be shown a page with their profile photo and all of their recent posts.

If your friend's name doesn't appear in your search, this could be a sign that you've been blocked by them.

A fast way to check if you've been blocked by another account on Facebook is to search for their name via the search bar at the top of the Facebook website and app. If their name doesn’t appear in the search results that means that they have blocked you.

When searching for a friend with the search bar, it's important to make sure that you're not only spelling their name correctly but that you're also using the name that they've chosen to use for their Facebook account.

It may be frustrating for those trying to find friends, but the reality is that some Facebook users choose to use their initials or even a nickname on their profiles. This means that their accounts will not show up when searching for their real name. A way to get around this is to ask a mutual friend if they know what username they're using. You can also search for someone by entering their email address however you will need to know the specific email address that they used to create their Facebook account.

How to Check If You're Blocked Via Facebook Messenger

If you use the Facebook Messenger app on your smartphone, tablet, or computer, you can also check to see if you've been blocked by someone by trying to send them a direct message.

1 Open up the Facebook Messenger app.
2. Tap on the Compose icon in the top-right corner that looks like a pen and notepad. This icon may        look like a plus symbol on some versions of the app.
3. After tapping the icon, the app will prompt you to enter the name of the person you wish to send a message to. Begin typing your friend's name in the field. If their name and photo show up on the screen, you will be able to send them a message and this also means that you haven't been blocked. If they don't show up, it means that you've either been blocked or that you've typed their name incorrectly.

How to Check Your Friends List to See If You're Blocked

1. To view your friends list, log into the Facebook app or website and click on your profile photo.
2. You will now be taken to your Facebook profile. On your profile should be a horizontal menu with        options for About, Photos, and Friends. Click on Friends.
3. Once your friends list loads, you can scroll through it manually to locate your friend or search for       them by entering their name in the search field. Remember to search for the name that they use for     their Facebook account. If they use a nickname, enter that in the search box instead of their real            name.

If you haven't been blocked or unfriended by this person, they will appear in your friend list.

That was the tutorial How to Tell If Someone Blocked You on Facebook.
Hopefully useful? thanks.